On Monday, June 30th, Laydeez do Comics Chicago held a pop-up event at Book Cellar in Lincoln Square. It was meant to coincide with, and help celebrate, the fifth birthday of Laydeez do Comics! Despite a rain storm of near apocalyptic proportion, the Chicago event was a great success.

Our speakers were Cathy Hannah and MK Czerwiec. 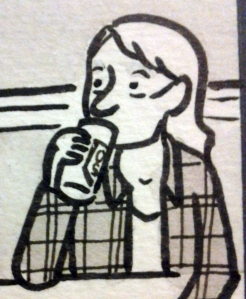 Cathy discussed her early art influences, her comic process, and her book Winter Beard. Cathy also showed images from and described her current project, Alas, a zine in which she is pursuing  several fascinating story lines and often designs elaborate covers that reference historic eras of art.

Hannah closed with this image in honor of Laydeez.

MK Czerwiec (pronounced sir-wick) is a nurse and comic artist. 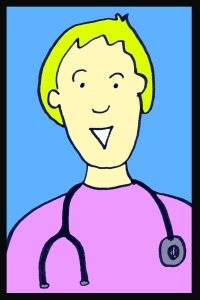 She discussed exemplary recent graphic novels that explore  the intersection of comics and medicine, otherwise known as Graphic Medicine. Specifically discussed was Roz Chast’s new book, Can’t We Talk About Something More Pleasant. 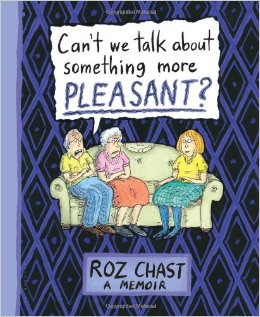 MK also discussed her own comic art, comics “origin story” and current project, a graphic memoir of being an AIDS caregiver during the 1990’s.

An added surprise of the evening was audience member Delia Jean, newly returned Chicagoan, who created and brought an eight fold comic that she made just to share with Laydeez. Thanks, Delia!